Examples abound: Robin Wall Kimmerer’s Braiding Sweetgrass (2013), a fascinating meditation on indigenous wisdom and the natural environment, devotes an entire chapter to exploring the toxic legacy of nineteenth century industrial expansion that continues to blight the Onondaga lake, while Koyaanisqatsi (1983), the fruit of a collaboration by filmmaker Godfrey Reggio and composer Philip Glass, documents the disconnect between the people and the land in the United States during the apogee of twentieth century consumer capitalism.

The lesson is clear: as the pace and scale of development grows, the potential for degradation increases exponentially. The concept of sustainability, which has grown to form part of our everyday vocabulary, takes on a new meaning and increased urgency, an urgency that becomes all the more alarming if we look east to countries such as China, where the engineering and industrial exploitation of the land is taking place with a rapacity hitherto unimaginable. This tension—or perhaps, more accurately, conflict—between ‘development’ and our relationship with the natural environment is clearly visible in Chile. At over 4,000 kilometres long, the country spans a seemingly implausible spectrum of climates, from the arid deserts of the far north, through the fertile Mediterranean climate of the Central Valley, all the way to the harsh, subpolar climates of the far south, offering fertile ground for exploring the changing relationship between people and the lands they inhabit. 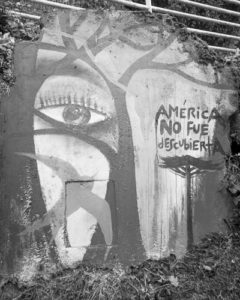 As a modern nation state, Chile is only two centuries old. Yet the history of the land it occupies runs much deeper. Lévi-Strauss also remarked on the shallowness to be found in many histories of the ‘New World’ and indeed it is tempting to forget the ‘deep history’ of Chile, to forget that long before the rupture caused by the arrival of the European settlers in the Americas, the land was inhabited by different peoples. The wisdom, cultures and beliefs of these peoples were rooted not in an anthropocentric sense of superiority towards the land but in a profound sense of gratitude and respect.

Of our own world, Ivan Illich wrote of the ‘ideology of indefinite energy consumption’ that has come to prevail, an ideology that manifests itself in ‘unchecked industrial development.’ In an age in which we are seeing—and will continue to see—this ideology come up against the limits of a finite planet, a dialogue—or polylogue—with different peoples and cultures can help open our eyes to our own problematic behaviour and enrich our thought. In North America, Kimmerer, for example, critiques the scientific worldview’s ‘use of science and technology to reinforce reductionist, materialist economic and political agendas,’ echoing the concerns voiced by Gregory Bateson in the 1960s regarding purposive consciousness and its intensification by the advance of technology. Herself a distinguished member of the scientific community, Kimmerer is not a Luddite or anti-science, she is merely advocating the replacement of the monoculture of the scientific worldview with a polyculture of complementary knowledges, blending the scientific and the indigenous. A sense, when all is said and done, of balance.

Yet these complementary knowledges are increasingly locked in a David and Goliath struggle for survival, caught in the tension between ‘development,’ behind which stands the machinery of big business and national governments, and the local inhabitants of the land. In Chile, there are still areas—granted they are shrinking—of land where the natural environment remains pristine and unspoilt by human activity; there are still communities that have thus far escaped the most negative consequences of large-scale development. History, however, is not on their side.

The environmental damage and permanent disfiguration of the landscape wrought by large-scale industrial activities is a prime example of the externalities of our high-tech service economies and their reliance on ‘less-developed’ countries for the extraction of commodities and the manufacture and disposal of goods. The influence of our ‘overdeveloped’ world—the term is used here in the sense in which Illich describes ‘thresholds beyond which human endeavour becomes destructive of a human mode of existence’—is doubly detrimental, serving both as an ideal of progress to be emulated while simultaneously constituting an indirect source of transnational demand that is able to force painful changes on local communities. As we consume electronic products manufactured in China from copper mined in Chile and ultimately destined for toxic recycling sites in Africa, we remain largely ignorant of the environmental impacts of and the energy used in the processes that support an apparently benign mode of existence.

Just like Lorenz’ famous butterfly, able to set off a tornado in Texas with a flap of its wings in Brazil, the impacts of our patterns of consumption are far from obvious: the web of interactions is so complex that it is at times impossible to relate the consumption of a given product to the damage caused at a certain point in the global supply chain. Nonetheless, there are many ways in which conflicts and problems abroad relate back to our lifestyles, be it as part of attempts to emulate our state of overdevelopment and excessive patterns of consumption or as a result of the externalities of the choices we make and the products we consume back home. By reflecting on these tensions and the lessons and knowledge from cultures outside our own, perhaps we will find motivation, encouragement and wisdom to begin to ‘degrow,’ to find ways to live better with less. 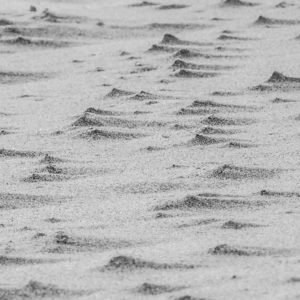