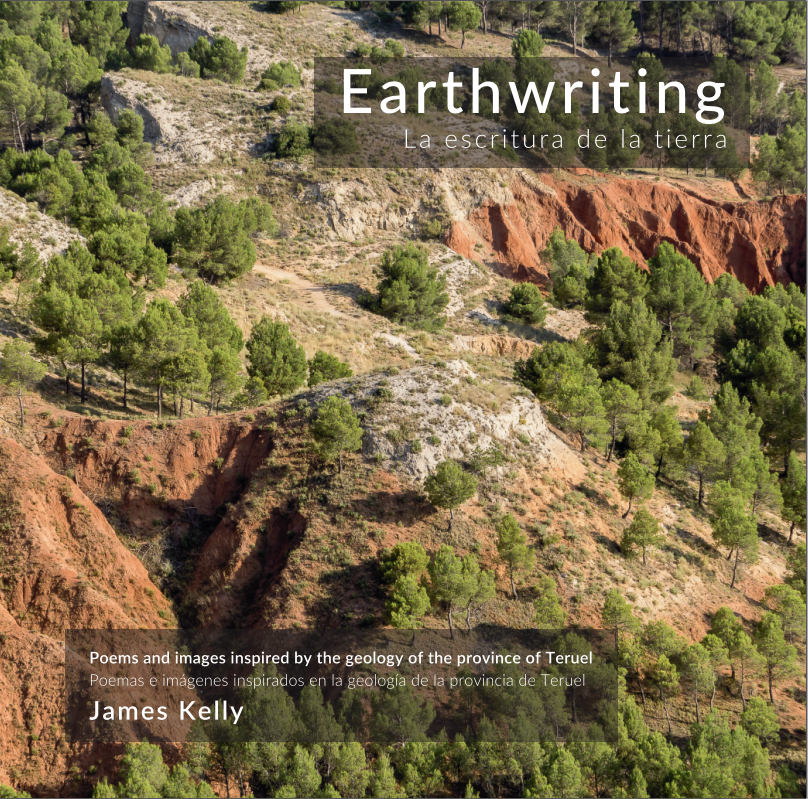 This short bilingual (English and Spanish) collection of images and poems was conceived as a sort of field journal to document a week spent in the province of Teruel, in the Spanish autonomous community of Aragon, for the 53rd edition of the Practical Geology Course run by the Summer University of Teruel.

The images and poems seek to capture different geological events in the history of the landscapes of the province of Teruel, inviting us to reflect on our position as human beings in the vast time scales of this fabric of geological processes..

A selection of the poems and images were published in the Spring 2021 issue of Ecozon@: European Journal of Literature, Culture and Environment. 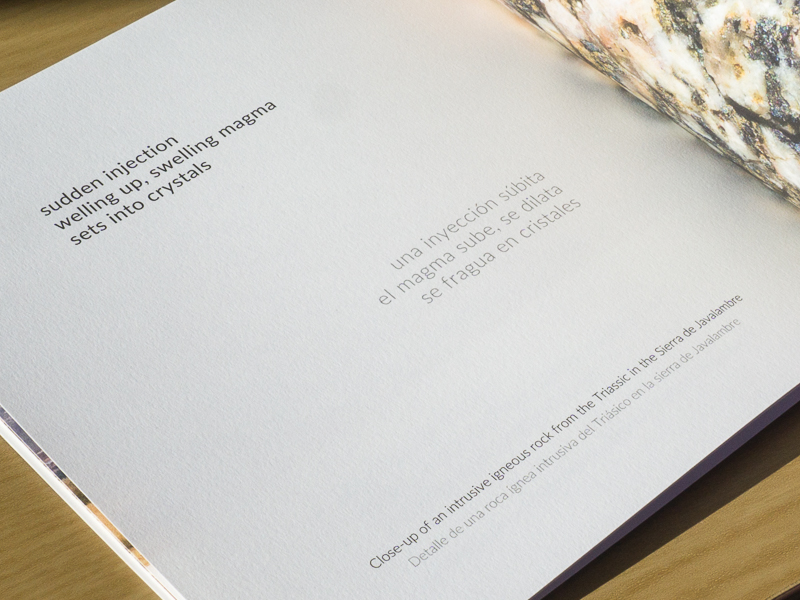 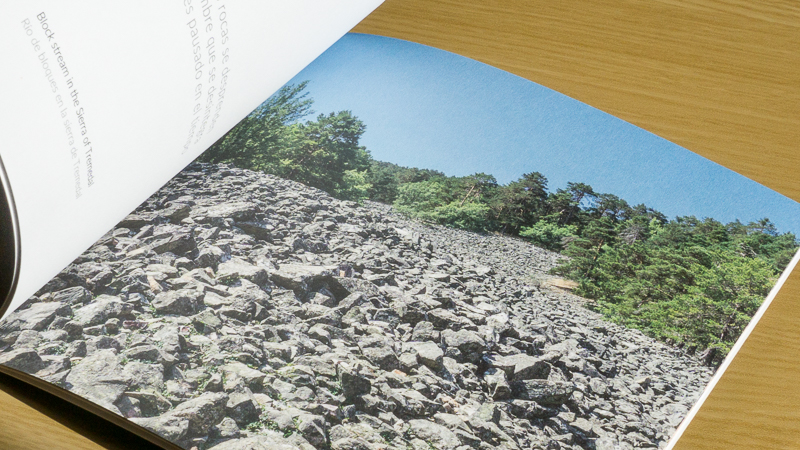 Late that summer in the evening sun, pausing to ask permission from the spirits before entering their forest. Climbing the hillside, feet kicking up clouds of dry, powdery soil, the dust hanging in the air. Emerging out into the clearing to survey the trees around us, sizing up the giant seed-cones with their bounties of fruit. Climbing again, this time just one, a lone figure dexterously scaling the tree, the nimble body intuiting the path, instinctive, without hesitation or fear, unfazed by the rough armour of foliage, hard and sharp, unforgiving yet giving to those who know how. Then the sound of rustling from atop, the figure trying to prise loose a seed-cone, premature perhaps, the first of the season. The tree resisting, unwilling to give up its treasures without a struggle. Time passing, the last golden rays of sun fading, the shadows creeping up the mountains across the valley, submerging the rocks and forests and leaving a coolness in the air.

It all starts with a glacier, at daybreak, as the lichtsum sun spills over mountain ridges and begins to warm the air. The ice crunches as it starts to awake, slowly at first, melting and expanding, reborn of the long night’s cold. At its feet, the river’s source stands motionless, frozen in time, while further downstream its flow has contracted to a trickle during the night. Yet in just a few hours, with the sun’s slow ascent into the sky, all this will begin to change: the mountain’s hydrography reactivated, the jirbil of melted ice growing to form a trickle, then a steady flow, as the stream starts to fill out its bed, its waters washing gently over volcanic stone. Up here in the altiplano, four thousand metres above the sea, where the valleys level out and rise to fill the spaces between lofty peaks, where the air is keen and fresh, where the mountains climb to touch the sky, glaciers abound; millennial stores of frozen water, each giving birth to its own tributary, like the farmost twigs of a tree, combining to form branches, thin streams of fast-foaming waters, laden with cargoes of minerals, carving white-lightning zigzags into black-rock river beds, running inexhaustibly across rubble-strewn plains and Andean haughs of spindly lemon-yellow grass, descending in successive levels, surely yet imperceptibly, tumbling and gushing through muckle-great boulders strong enough to resist the water’s hiemal flows, down to where the first signs of human permanence can be found, remote farms and ranches, their ramshackle wooden structures scattered across prairies where herds of goats graze under the beating sun, as gradually the river’s branches grow thicker and the houses bunch together in clusters to form villages, the water’s roar steadily rising, now a reaming torrent, passing by these first signs of civilisation that have built up around it, snaking on through the broad expanse of the valley until it reaches its final confluence; passing under a rough concrete bridge, it is robbed of its pure turquoise hue, merging with another course twice its size, swallowed whole by the opaque, chocolate waters.

Yet Grebe also notes that in the Mapuche cosmovision, the mapu is oriented not to the north but to the east, from where the sun rises (tripapan-antü) and the snow-capped Andes lie in the distance, and towards which Mapuche rukas, or houses, are oriented. From this principal bearing, the Mapuche system follows the movement of the sun throughout the course of the day: north (rangi-antü, or midday); west (konün-antü, or sundown); and south (rangi-pun, or midnight).

Far, far south, at the tip of Latin America, some tens of thousands of years ago, the retreat of the massive Patagonian Ice Sheet began to expose the contours of the Strait of Magellan, separating Tierra del Fuego from the South American mainland. By the arrival of the first canoe people between 6,000 and 7,000 years ago, the extent of the ice — which would once have covered the entire tip of southern Chile — had already shrunk dramatically. Over the millennia that followed, the Yamana, or Yaghan — the world’s southernmost ethnic group, which once inhabited the Beagle Channel from the Brecknock Peninsula in the northeast, to Cape Horn in the southwest — adapted and evolved to live in reciprocity with this wild and unforgiving landscape, famous for the wrath and unpredictability of its seas. Yet all this would change in 1520, when the Portuguese explorer Ferdinand Magellan first set sight on the strait that would go on to bear his name.

Journeying north from the Chilean capital of Santiago, there is a point, perhaps passing the town of Copiapó, around 27° S, when the vegetation stops and the desert begins in earnest; arid, parched, the land strewn with rocks and rubble. It is an unworldly landscape, one that at first sight would appear to deny the very possibility of human life, but that nonetheless has been inhabited by humans for many thousands of years. Passing the Tropic of Cancer, now around 22° S, as the plane begins its descent into the oasis of Calama, the mining capital of Chile’s Norte Grande, I have a bird’s-eye view of the land, of its terracottas and arenaceous yellows, of the whites of the salt flats, the die-straight roads that cut across the land, the tops of distant volcanoes shimmering in the heat; a mirage, a landscape suspended in time. Touching down on the tarmac, the contrast between the solid black and the buff land from which the runway is carved sticks in my mind.